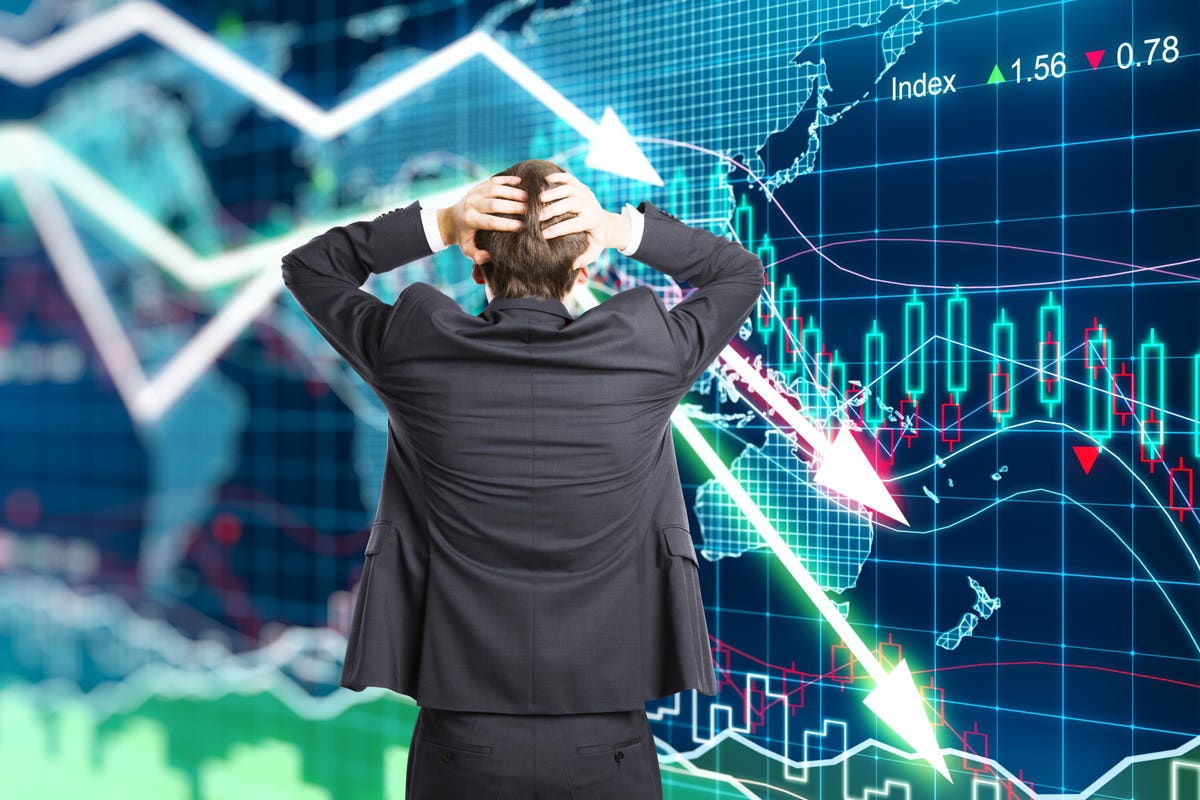 The stock market had plenty of volatility last week, as the S&P 500 had a daily change of more than 1% on four of the five days. The heavy selling Monday was absorbed well, as the S&P 500 was down 2.7% early in the day, but closed down just 1.16% for the day.

After a 1% rebound on Tuesday, the selling resumed and lasted longer on Wednesday, with the S&P 500 closing down 2.37%.

At the start of the week, traders were most concerned about the month’s decline in the Nasdaq 100
($NDX). Many were therefore surprised when, after making a new correction low on Monday, the Nasdaq 100 finished the day and week higher. For the week it gained 2%, while the Dow Jones Industrial Average was down 1.8%.

The rally Friday may have been due in part to the renewed hopes of a new stimulus package, but the positive weekly closes in most of the large tech market leaders also likely helped. The daily technical outlook for the Invesco QQQ Trust (QQQ)
also improved with Friday’s close. The close at $271.68 was just below the 20-day exponential moving average (EMA) at $273.72. The decline so far has held above daily starc- band and the 38.2% retracement support at $250.46.

The Nasdaq 100 Advance/Decline line dropped below its weighted moving average (WMA) two days after the September 2 high, and has been in a short term downtrend since then. The daily A/D line closed Friday above its WMA, after testing the support from July (line a). The weekly A/D line (not shown) has turned up after dropping down close to its WMA. A higher close this coming week should confirm that the correction is over.

The S&P 500 A/D line peaked with the SPY in September, before forming lower highs (line d), and has now reached stronger support from June and July (line e). For comparison, the NYSE Stocks Only A/D line peaked on August 12 and subsequently formed a series of lower highs, (line b), and has been in a downtrend since then. The Stocks Only A/D line dropped below support (line c) last week before turning higher.

Both A/D lines are still well below their EMAs and negative, but the S&P 500 A/D line is looking stronger. While both A/D lines have turned upward, as I discussed in my article on previous corrections, a move above the EMA and the downtrend is needed in order to turn positive.

Investors became less bullish last week. This is a good sign, as a low level of bullish sentiment can help provide a good buying environment to end a correction, once the technical studies give the signal. In last week’s survey from the American Association of Individual Investors (AAII), the bullish % was 24.9%, down 7.1% from the previous week. It could still decline to the 20% area in the next few weeks.

The economic data next week may impact investor sentiment, as on Tuesday we get the Consumer Confidence and the Case-Shiller housing price index. The first U.S. Presidential debate on Tuesday night may influence Wednesday’s opening, as may Wednesday morning’s ADP Employment Report and the 2nd quarter GDP. The Chicago PMI also comes out Wednesday morning, shortly after the open.

On Thursday, we get the latest data on jobless claims as well as the ISM Manufacturing Index. This sets the stage for Friday’s reports on nonfarm payrolls, Consumer Sentiment, and Factory Orders.

The 0.31% rally in the cash US Dollar (USD) made it a rough week for the commodity markets, especially the precious metals. The Comex gold futures closed down 5.6% last week at $1866.3, but are still almost $80 above the support at $1788.8 from the April highs. The monthly starc+ band was exceeded in August. The still rising 20-month EMA is at $1698.

Its monthly On Balance Volume (OBV) peaked in July and is declining, but is well above its rising WMA. There is stronger support from the early 2018 high (line b). Comex Gold’s monthly Herrick Payoff Index (HPI)—which uses volume, open interest, and prices to measure money flow—turned positive at the end of 2018, and is still well above the zero line and positive. It is leading prices higher and is expected to find support at its rising WMA. There is even stronger support going back to mid-2018 (line d).

The weekly analysis on both gold and silver is still negative so the decline can go further. The gold mining stocks are already back to first strong support, and they could bottom before the gold futures.

Last week’s article on tech stocks and tech ETFs outlined some key support levels. Many of these markets are now closer to these support levels. Those who took profits in August as recommended should be looking to establish new positions.

In my Viper ETF Report and the Viper Hot Stocks Report, I update subscribers with market analysis twice per week, along with specific buy and sell advice. Each report is just $34.95 per month. New subscribers also receive six free trading lessons, a $49 value.